Mexican food originated from the Aztec Empire. It has great influence on its diversity and flavors. Still, what marks to Americans are names like Taco Bell and Chipotle whenever the topic of “Mexican” cuisine is brought into conversation or thinking of dining in one.

As a matter of fact, most of the so-called Mexican foods that everybody loves similar to nachos, burritos, and hard shell tacos are inventions of Tex-Mex. This was become possible due to heavy and strategic marketing applied by the company. Analyzing all digital marketing reports that they received to make a name on the market. That is how powerful smart marketing is.

So what separates a true and authentic Mexican dish from something that is somewhat an American knockoff? Let us figure it out.

Hard shell tacos that are quite popular in the US is a culmination of ingredients like:

Though, all these ingredients are American made. None of them are real Mexican dish.

Authentic Mexican tacos are soft and small and its tortillas are either streamed or grilled. Tacos can also be made of varieties of meat like seafood, chicken, pork or beef.

Rather than you ordering a burrito, go for Tacos de Harina. Today, burritos are seen as an “obese” food item. It is being stretched to the limit by putting vegetables rice, beans, sour cream, cheese and pretty much anything you could imagine. 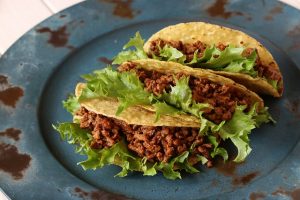 However, American burrito is again, a knockoff. Wheat flour tacos are the real king. It’s hailed from the southern province of Mexico. This is smaller and thinner compared to its American counterpart. Oftentimes, this only uses two or three ingredients similar to seafood or meat base with beans, rice, chiles or white cheese.

That “Mexican” cheese you see and buy in groceries are what majority of Americans are using to top their nachos and tacos. But guess what… it’s also American made. It is far from real Mexican dish.

Instead, go for the Mexican white cheese which has different types with a unique flavor on its own. Some options you have are queso Oaxaca, queso blanco, chihuahua, cotija, and queso panela.